I don’t run. My attitude towards running is summed up by this Garfield cartoon:

I also don’t love the cold, as anyone who’s ever been within whining distance of me in the winter will know all too well.

Despite these things, on Saturday, in sub-freezing temperatures, I will be running for charity at the Cupid’s Undie Run in Washington DC. Yes, “Undie Run” means that they encourage runners to brave the cold and run in Valentine’s-themed undies. It’s like a polar bear plunge, but without the frozen lake. Just the same questionable judgment and the same shivering bodies. 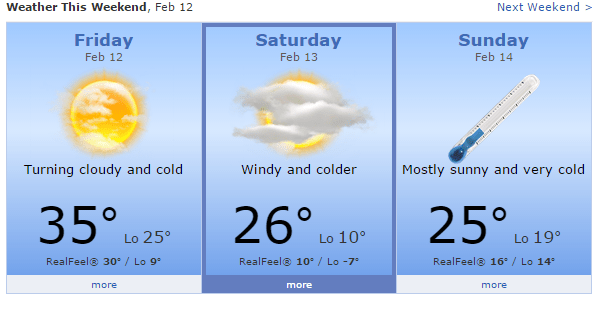 Why run in the cold and risk frostbite patches on my cellulite? Because it’s a challenge. Because I want to stretch myself. And because I’m selfish.

You see, the one-mile run is in support of the Children’s Tumor Foundation, which raises money to fund research into and awareness of Neurofibromatosis, a potentially serious and sometimes fatal genetic disorder that affects up to 1 in every 3000 births.

Liam, my wonderful and adorable toddler, is that one in three thousand. 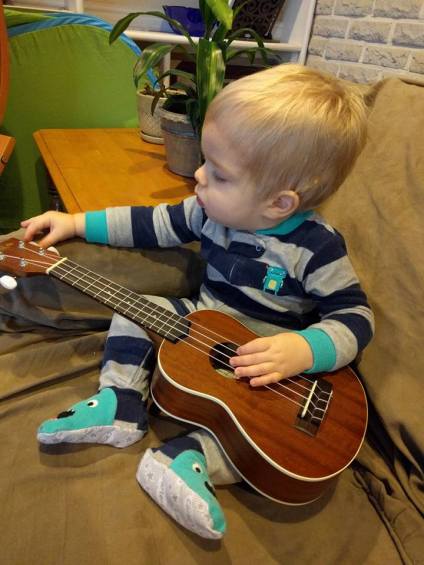 He was diagnosed with Neurofibromatosis Type 1 (formerly called Von Recklinghausen’s disease) last summer, near his first birthday. He’s already had to go through sedation for three MRIs, and he’s on track for at least two more of those scans before his second birthday. He has tumors in his brain that need to be watched, because if they grow they could affect his eyesight… or worse. So far they’re stable and not causing any trouble, and we’re very, very grateful for that, but we’re doing scans every two months to be able to catch them right away if they change. Liam also gets regular physical therapy to help him catch up with the big physical milestones, because the low tone associated with NF1 means that his muscles have to put in more effort than the average kid to do the same work. He’s working very hard and he’s doing very well and we’re incredibly proud of him. He took his first independent steps just over a week ago, and we all cried a little.

He’s healthy and happy and just as nutty and exhausting as a normal toddler, and if you didn’t know about all this you likely wouldn’t even know there was anything going on under the surface. But this is a condition that will need monitoring for the rest of his life. And because the severity of NF1 varies so much from person to person, we don’t know what his future might hold. Raising money for this research is all I can do to try and improve the chances that even if the worst case scenarios come up, science will have a way to get him through them.

So I’m pulling on some bright underpants and running a mile in DC with a handful of wonderful friends, on a day the temperature won’t even break freezing.

I’m not raising money for his big medical bills quite yet; so far it’s been expensive but manageable. But there are lots of kids out there who are living with NF1. Neurofibromatosis can cause nerve tumors in the brain or in the body, which can cause blindness or pain or other disability, and require surgery or chemotherapy. Those tumors often include small lumps called neurofibromas that can be seen on the skin, and those bumps can be off-putting to some, leaving people living with NF1 feeling isolated. Kids with NF1 are at greater risk than average for learning and processing disorders like ADHD and dyslexia.  The money I’m raising this week, by running in the cold in a goofy outfit, will help to fund research into these complications, maybe leading to better ways to prevent or manage them.

Please consider a donation to the Children’s Tumor foundation through the CTF website.

Learn more about NF, directly from the Children’s Tumor Foundation.

Wish me luck on Saturday. It’s going to be hell, but this little guy is worth it.

Update, February 2017: Thanks to everyone’s generous support, my team met its 2016 fundraising goal of $1500. I won’t be running this year, but I encourage everyone to toss a few dollars towards NF research, if they can spare it.

Note: The link to the awesome heart-print boxers is an Amazon affiliate link. You can learn more about that here.