When a building is integral to the story of a place, sometimes government steps in and protects it from the forces of progress and change by calling it a heritage site. The home in Salzburg where Mozart was born. The Old North Church in Boston where furtive lanterns warned patriots that the British were coming. Tear down those buildings, and the towns don’t just suffer a loss of tourist money. Losing heritage sites is like losing history, diluting identity.
You don’t have to be a country, or even a city, to have a heritage sites. Everyone has places that played an important part in their lives, their histories. A childhood home where that one cabinet door never closed right. A corner store where allowances were spent on gummy worms. A park where someone knelt and offered a ring. Any place whose destruction you would mourn, because you could never share it with your children, is a personal heritage site for you.
I’d like to share one of mine.
Place Ville Marie is an office building at the heart of downtown Montreal. It’s 47 stories of steel and sparkling glass, making an cross shape distinctive enough to earn it a place on postcards. A spotlight spins around on its summit after dark, sending out a bright white beam for miles. At the heart of the cross, a dozen elevators whoosh up and down at an alarming speed, popping ears and making riders reach for something to hang on to. Downstairs, beneath the atrium where the sounds of high heels and conversations echo off the marble walls, is a shopping mall connecting it to Montreal’s underground city.
Outside, between the main building and one of its small satellites, is a courtyard with trees and slick grey granite. Every warm sunny day, it’s filled with suits and their to-go lunches from the food court. That courtyard is my heritage place.

I visited often enough during my suburban high school and CEGEP years, but once I found myself on the McGill University campus every day, I became a regular. Between classes, or before leaving for home, I’d come and sit on the granite ledges, alternating between reading a book and watching the water play on the green statue in the fountain. Sometimes I’d throw a penny into the fountain as I passed, although I can’t say that fountain was any better at delivering on wishes than any other. When the weather got too cold for me to sit on the stone, I’d stand at the railing overlooking McGill College Avenue, a double-double warming my hands through my gloves, and take in the sparkling Christmas lights and the scarf-wrapped crowds.

The view is beautiful from that spot. McGill College Avenue, wide and tree-lined, stretches out from Place Ville Marie up to McGill’s Roddick Gates and the campus beyond. Behind the university’s old stone buildings, Mount Royal looms, its colors shifting over the seasons. I made sure to bring my husband here when he visited Montreal, to show him this little place that means so much to me. I miss that courtyard dearly, and I always try to return when I’m in town over a weekend. I stay just long enough to throw a penny into the fountain, sip a coffee, and enjoy the sound of my city. 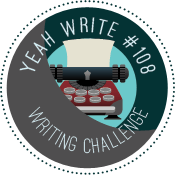 12 thoughts on “A Part of My Heritage”